Addressing the pains of systems migrations and infrastructure changes - Part 1 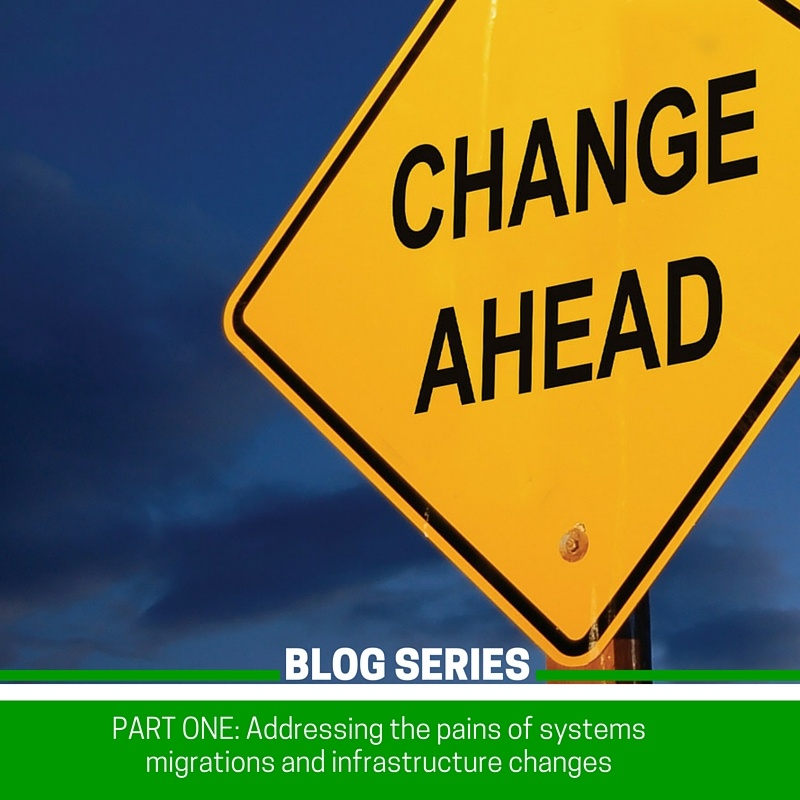 One of the most daunting, challenging and time consuming projects for IT teams is the upgrade and roll out of a new operating system. Migrations drain resources and can be disruptive to business operations if not planned for in advance. That said, in today’s landscape of increasing security risks, it’s imperative that IT teams respond to these updates in a timely manner in order to prevent introducing unnecessary risk to corporate assets.

In the last year alone we have seen the end of life for Windows XP and Windows Server 2003, and Microsoft has released a sunset date for Windows Vista in 2017 and Windows Server 2008 in 2020. Still, nearly 17% of internet users worldwide are using XP and they are dreading the impeding force to a new operating system. Governments, large corporations and health care systems have been clinging to their dying XP OS while they waited for the long anticipated Windows 10 release before investing the effort and cost into migration.

The resistance to migrations isn’t isolated to user machines. Windows Server 2003 houses millions of business applications. Gartner estimates that there are still 8 million of these servers in operation, most of them running mission critical infrastructure like ERP and CRM systems. Whilst the number of machines running Windows Server 2003 might be much smaller by comparison, taking the “if it’s not broke, don’t fix it” approach leaves companies exposed to the looming threat of security breaches.

END_OF_DOCUMENT_TOKEN_TO_BE_REPLACED

I have enough money to live comfortably the rest of my life-if I die next Tuesday:)

You are not alone! The Government is facing the crunch too - with shrinking IT budgets and pressure to do more with less. Here's how some Government agencies made it work with a little help from BOSS.

END_OF_DOCUMENT_TOKEN_TO_BE_REPLACED

Did you know that Toners are one of the ‘High Value’ items in the expense report of Government agencies ?

With the help of BOSS Support Central, you can save $$$$ by efficiently tracking Toners in a centralized way and run trend reports on high usage by select departments.

Township of Franklin, NJ had a requirement to do just this and promptly adapted BOSS Support Central to track and manage their toner usage and supply levels saving tax dollars.