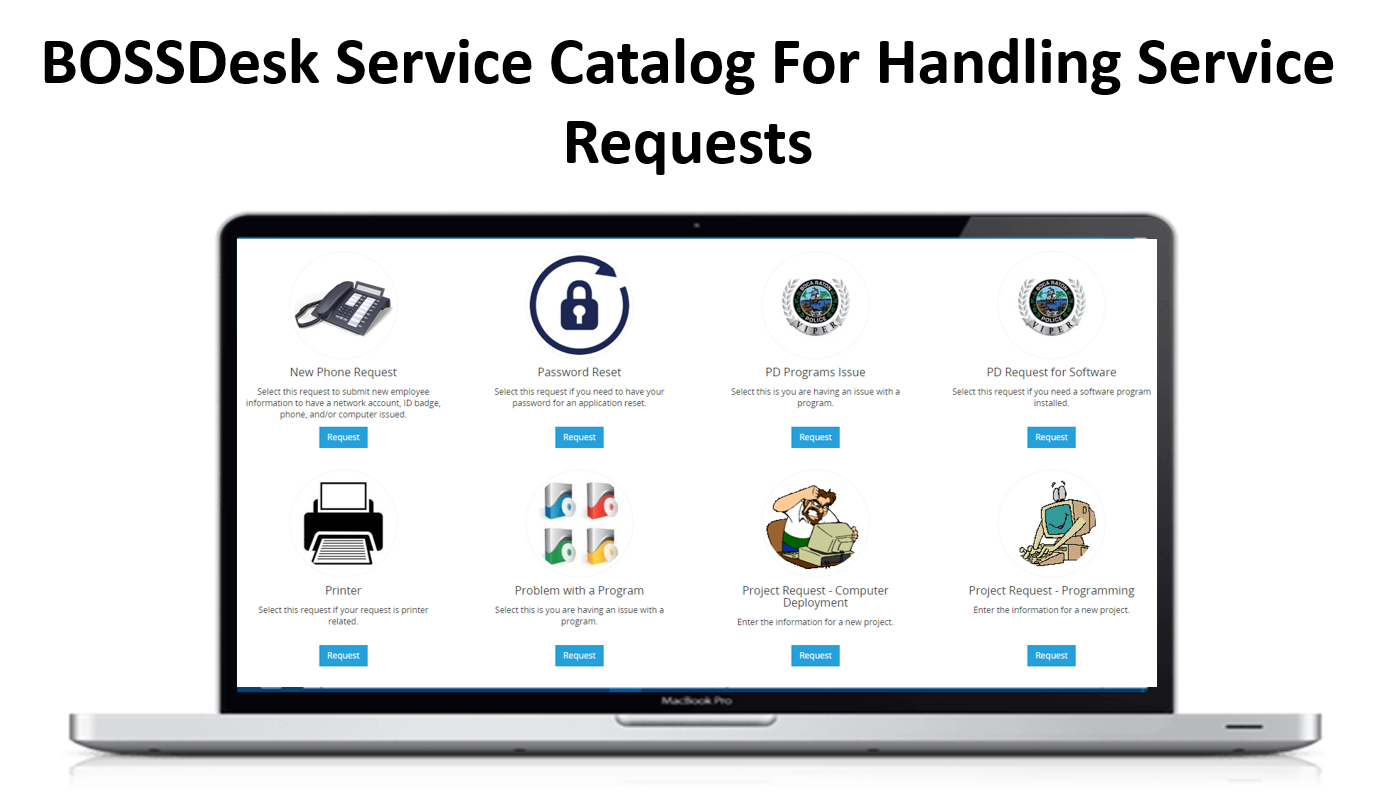 The City of Boca Raton is the southernmost city in Palm Beach County, Florida. With an estimated population of 98,150, it is one of the wealthiest communities in South Florida. There are more than 2,000 full-time and part-time employees that provide various services through seven departments.

The City was looking to replace its ticketing system to make Employee Onboarding  and other processes for handling service requests across all departments highly efficient. The on-boarding process consisted of numerous steps requiring the creation of multiple tickets per new employee and technicians would have to create tickets for other IT staff members to perform their tasks. Many processes were manual and needed to be automated.

The City of Boca Raton replaced its ageing ticketing and asset management solution with BOSSDesk Service Management on the Cloud to get a better handle on their assets and also to improve their service delivery. They automated their complex employee Onboarding with workflows and approvals using the BOSSDesk Service Catalog. They also used the Service Catalog for handling service requests for all other departments.

The implementation process started with a detailed analysis of the current On Boarding processes to understand what applications were used, who installed, supported, created user accounts and assigned permissions to these applications. The role of Human Resources and the Hiring Manager was clearly defined as well as the permissions required for requesting hardware and software for new employees. Service requests would be generated by both HR and the hiring manager and some manual steps would need to be automated to improve efficiency.

“End users were initially nervous about the change. Once they attended the BOSSDesk training they started using it the same day as it was very easy to use" says Frank Santiago - IT Operations Manager, City of Boca Raton

He shares some of the crucial details of the implementation and what was involved in getting it up and running:

"I developed a list of the applications we supported, and the different locations we supported.Then I developed a list of who installed, supported, and created accounts/permissions for those applications.  Once that process was complete, I began creating the Teams. During this process, it was quite clear that the most complex process was the On Boarding process.This process involved many people, in and outside of IT.

The one important element I needed to consider when creating these tasks was the order in which the tasks were created.  I wanted to be able to allow the technicians to “at a glance” see if the prerequisite tasks had been completed.  Therefore, you need to be cognizant of the order of your routing rules.

I limited visibility of the New Employee Request form to the HR Division to prevent others from being able to make requests for new employees.

For other departments like the Police, the requirements are different, so I created a New Employee Request form for Police.  However, I did incorporate the software portion on that Service Catalog Item as the requester from Police Services would know what software the new employee would require.  Again, I limited visibility of this Service Catalog Item to Police by the use of Active Directory Groups"

 Assigning tasks to teams rather than individuals.

 Notify non-technicians of tasks they need to perform.

 Being able to visually see what tasks were needed all in one place.

In addition to Employee Onboarding the City also implemented the Service Catalog for handling several common requests for all departments including the Police and Fire Departments. The implementation was extremely well received by the City employees and significantly improved service delivery. A webinar recording of the implementation can be accessed at www.bosssolutions.com/resources