Following a comprehensive Beta Trial program BOSS Solutions announced the General Availability of the new BOSS Support Central which takes on-premise IT Service Management to a new level and allows organizations to manage, track and keep control of their IT environment. The product is designed to ITIL standards, incorporates advanced capabilities, has an award winning user-friendly interface, and is closely aligned with BOSSDesk the company’s Service Desk on the cloud. 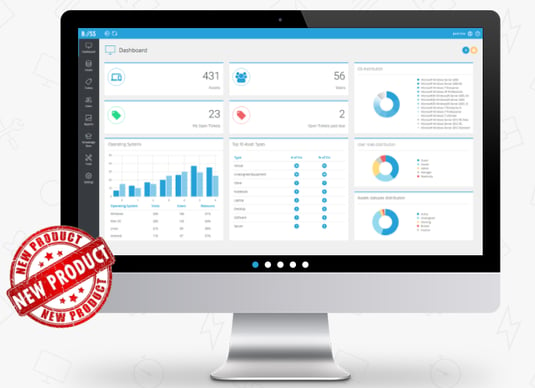 The product has undergone a major upgrade to incorporate the latest technologies and major capabilities include advanced Help Desk Ticket Management and complete Asset Management capability. Reporting capabilities include a comprehensive array of standard reports and charts. The self-service web portal is easy to use and when combined with the Knowledge Base and Custom Forms can significantly improve efficiency of IT service delivery. Customizable widgets allow Dashboards to be modified to meet the need of all technicians using the system, and Mobile apps for iOS and Android allow for remote access.

END_OF_DOCUMENT_TOKEN_TO_BE_REPLACED

The Birth of BOSS811

Forsyth County, with the help of BOSS Solutions, has implemented a cloud based 811 ticketing solution BOSS811 to replace a costly web-based service for managing utility service marking/location requests.

The new BOSS811 service provides all of the functionality of the website listingservice and more. Support Central has workflow to monitor ticket status and escalate unassigned tickets. Timesheets can be used to track the time spent on each service request. Service crew workload can be tracked as tickets are assigned to crew members.

END_OF_DOCUMENT_TOKEN_TO_BE_REPLACED

Did you know that Toners are one of the ‘High Value’ items in the expense report of Government agencies ?

With the help of BOSS Support Central, you can save $$$$ by efficiently tracking Toners in a centralized way and run trend reports on high usage by select departments.

Township of Franklin, NJ had a requirement to do just this and promptly adapted BOSS Support Central to track and manage their toner usage and supply levels saving tax dollars. 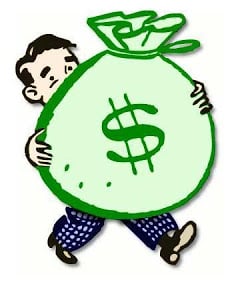 END_OF_DOCUMENT_TOKEN_TO_BE_REPLACED

AAA Carolinas offers a wide array of services and has been a longtime customer of BOSS. With over 30 offices spread across both North and South Carolina, maintaining nearly 100% availability of all workstations and software applications plays a very critical role in ensuring business continuity and smooth operations.

BOSSAssist is the help desk component of BOSS Support Central an Enterprise Management solution that goes beyond just workstation inventory. It incorporates software distribution, patch management, software license management, interactive remote control, reporting, and asset tracking all of which can be accessed from a single console. BOSSAssist customers have a Web interface that can be accessed from any computer on the Internet using a secure login ID and password.They can now also access the help desk on the go using the BOSS Mobile App for Help Desk. In the words of Mark Daeth, Network Support Manager for AAA Carolinas, “The web interface helps people to keep track of their ticket status online and saves time on calling the help desk every time.” This feature increases productivity of the help desk staff since they no longer receive telephone calls asking for status updates.

Going a step ahead, BOSS also provided AAA Carolinas the ability to customize the text and content of the e-mails to be sent. This saves their technicians a lot of time as they do not have to remember to send status updates to their end-users. In fulfilling such requirements Suri Anantharama , CTO of BOSS says “The mission of BOSS is to provide solutions to customers and not just products.”

Anup Ravindranath, BOSS Support adds, “For many years, I have relied on AAA to provide me with the necessary support when I drive my car. Today, it gives me pride to be able to support them and help drive their business more efficiently.”

END_OF_DOCUMENT_TOKEN_TO_BE_REPLACED

An IT Cure for Adcare Health!

Whenever a workstation had a problem in one of AdCare's facilities, one of three IT people would have to travel to the site to resolve the issue, says Carol Groeber, Vice President Management Information Services and Corporate Secretary. With such a small staff, the ability to control workstations remotely became very important. Says Groeber, “When there was someone out of the office all the time, it really made it difficult. We needed the ability to assist our people more quickly and more than one person was needed to be able to help.”

Although AdCare did not have any money specifically set aside for an asset management tool, it did not take Groeber much to convince management of the need. "The problem got so large in the middle of the year that it was like “Find something!” says Groeber.
Solution

At that time, she received a serendipitous call from Suri Anantharama of BOSS. “He called and gave me the Web site (www.boss-solutions.com) and ,"I just went out and looked around. He provided some of their current clients to look at and to talk with. It just was a good fit,” says Groeber. She did look at and reviewed many other vendors but “BOSS was far ahead regarding features offered for the price,” says Groeber. “I thought the price was very reasonable. I had expected it to be a lot more.”

Benefits
“Because we are a publicly traded company, we have to meet SOX compliance,” says Groeber. And when the company did its initial SOX audit,the use of BOSS Support Central for reporting and to control the deployment of applications to workstations “showed that we were in compliance.”

The impact was greatest for those employees who were recording data into workstations for patient records. “When they had issues, we were able to respond to them quicker to keep them going.”

Groeber likes the level of support she gets from BOSS: “I think the support from BOSS is a big strength; whenever we have any questions, they are always there.”