Beaufort Memorial, a not-for-profit hospital founded in 1944 is an acute care
hospital, a regional referral center and the largest medical facility between
Savannah, GA and Charleston SC. The Hospital has a 200 Bed Acute Care Facility Specializing in Orthopedic Surgery, a Large, active Emergency Room seeing 54,000 visits a year and 1,400 Employees spread across the main hospital campus and 13 satellite clinics.

Earlier the hospital work force had to enter work orders into two different
applications, one for IT services and other system for plant services which
required too many clicks and was a huge cause of user dissatisfaction. The new
hospital leadership wanted to create a solution that would improve service
delivery and user satisfaction for departments across the organization.
The BOSS Support Central On Premise ITSM solution they used for IT Help Desk was upgraded to provide a Service Catalog and ticket management solution for the entire organization. In a very short period of time and to the delight of the users and management, the new BOSS Support Central could be used to provide a wide range of services for departments including Plant Services, Bio Medical, Nursing,Pharmacy, Security, and HR.

“The workforce was super impressed with the ease with which they could enter and track issues."Willard Fosberry, Director of IT Infrastructure at Beaufort Memorial Hospital.

View the webinar with Willard to learn more.

It became apparent that BOSS Support Central Service Catalog combined with
the automation provided by the routing engine could address all the service
requirements of the various departments at the hospital.

Benefits to the Hospital:
 One application, published on the Beaufort Hospital web page, provides
a “one stop shop” for all work requests.
 A new graphical interface that allows users to quickly browse and use
the interface.
 Took far fewer clicks to get a ticket submitted.
 The new Service Catalog was able to provide service solution options for
many departments including Plant Services, Bio Medical, Nursing,
Pharmacy, Security, and HR.
 Better tracking and a shared visibility into the work order life cycle.
The deployment of the new BOSS Support Central received instant positive
feedback from the management team and the workforce was super impressed
with the ease with which they could enter and track issues.

 Incorporate Preventative Maintenance and other scheduled services
into the system
 Take advantage of the BOSS Support Central Mobile application to be
used as a mobile work order tool.
Please visit www.boss-solutions.com to learn more about BOSSDesk ITSM on the Cloud and BOSS Support Central ITSM On Premise

END_OF_DOCUMENT_TOKEN_TO_BE_REPLACED

Keeping an inventory, tagging and tracking assets from the cradle to the grave is not easy! Lauren Graviet of Limestone County explains how they keep up with their inventory with the help of BOSS Solutions.

"Limestone County, AL has been a BOSS customer for more than five years, and as such, have been very satisfied with their products and customer service. Over the past year we have begun the process of implementing the BOSS Asset Management System. We have found it extremely helpful in keeping up with our inventory, which in turn assists with maintenance renewals, support contracts, and product life-cycle.

We have equipment in various locations throughout our county, so it is crucial that we have an effective system in place to keep up with the equipment. We began using the asset tags recommended by BOSS. They are small and have a QR code for easier scanning. When we receive a new piece of equipment we immediately assign it an asset tag. Once the tag is assigned to the equipment we tape it to the box, so that when the equipment is removed from the packaging for installation, it can immediately be tagged.

One of our main concerns was the tagging of equipment that was currently on location. To efficiently tag every piece of equipment, we decided to give our technicians a few asset tags to take with them when they went to a location. They could simply add the tag to the equipment, scan the QR code, and assign it to the correct department. Tagging every piece of equipment is still a work in progress, but we have found this to be the best way to ensure everything is tagged correctly."

END_OF_DOCUMENT_TOKEN_TO_BE_REPLACED

Who would have thought? 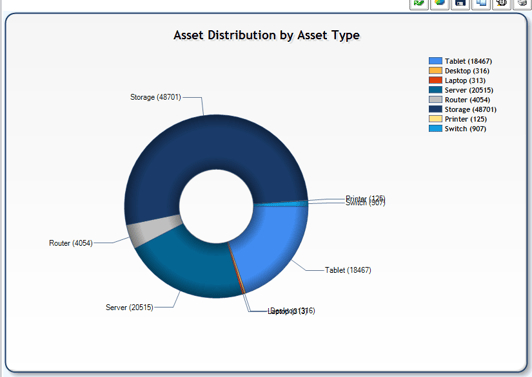 BOSS to the rescue!

Located in rural South Carolina bordering GA, this school district is supported by parents who are very friendly and proud of their heritage. Iva is known as the 'Gateway to the Fresh water course' and has some beautiful lakes and rivers. Students get quality education enabled by good infrastructure and equipment provided by the school district administration.

The winter of 2013 will be remembered by local folks as there was a break-in at the school and burglars stole Computers, Printers, iPads, etc. from a school facility. Who would steal from a school?? The same question was asked by many and law enforcement needed some evidence on the systems that were missing. This is a general requirement from law enforcement . The school had to prove ownership using purchase orders, contracts, etc. while placing the complaint about thefts in their premises. You could also provide a list of systems [Make, Model, Serial#, Location, Last Used By information] that would help the investigators expedite their search.

END_OF_DOCUMENT_TOKEN_TO_BE_REPLACED

An IT Cure for Adcare Health!

Whenever a workstation had a problem in one of AdCare's facilities, one of three IT people would have to travel to the site to resolve the issue, says Carol Groeber, Vice President Management Information Services and Corporate Secretary. With such a small staff, the ability to control workstations remotely became very important. Says Groeber, “When there was someone out of the office all the time, it really made it difficult. We needed the ability to assist our people more quickly and more than one person was needed to be able to help.”

Although AdCare did not have any money specifically set aside for an asset management tool, it did not take Groeber much to convince management of the need. "The problem got so large in the middle of the year that it was like “Find something!” says Groeber.
Solution

At that time, she received a serendipitous call from Suri Anantharama of BOSS. “He called and gave me the Web site (www.boss-solutions.com) and ,"I just went out and looked around. He provided some of their current clients to look at and to talk with. It just was a good fit,” says Groeber. She did look at and reviewed many other vendors but “BOSS was far ahead regarding features offered for the price,” says Groeber. “I thought the price was very reasonable. I had expected it to be a lot more.”

Benefits
“Because we are a publicly traded company, we have to meet SOX compliance,” says Groeber. And when the company did its initial SOX audit,the use of BOSS Support Central for reporting and to control the deployment of applications to workstations “showed that we were in compliance.”

The impact was greatest for those employees who were recording data into workstations for patient records. “When they had issues, we were able to respond to them quicker to keep them going.”

Groeber likes the level of support she gets from BOSS: “I think the support from BOSS is a big strength; whenever we have any questions, they are always there.”